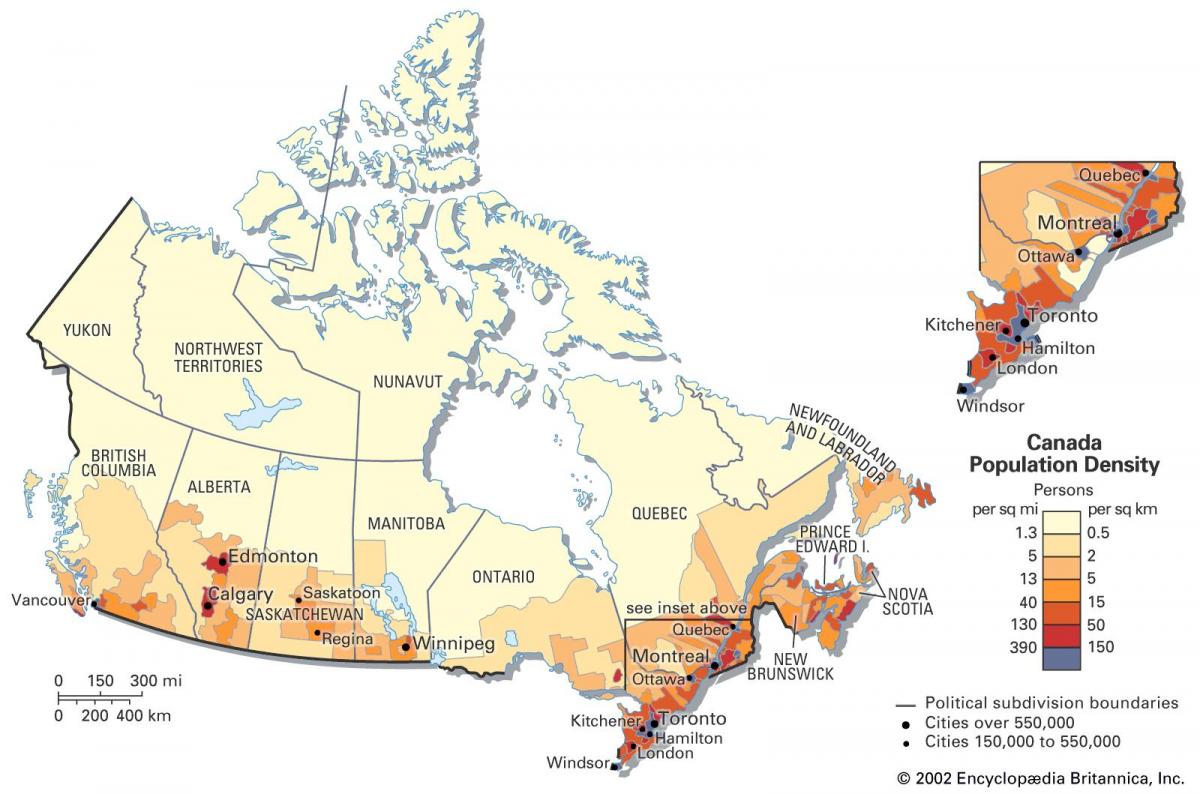 The Canada population density map shows the number of inhabitants in relation to Canada size. This demographic map of Canada will allow you to know demography and structure of the population of Canada in Americas. The Canada density map is downloadable in PDF, printable and free.