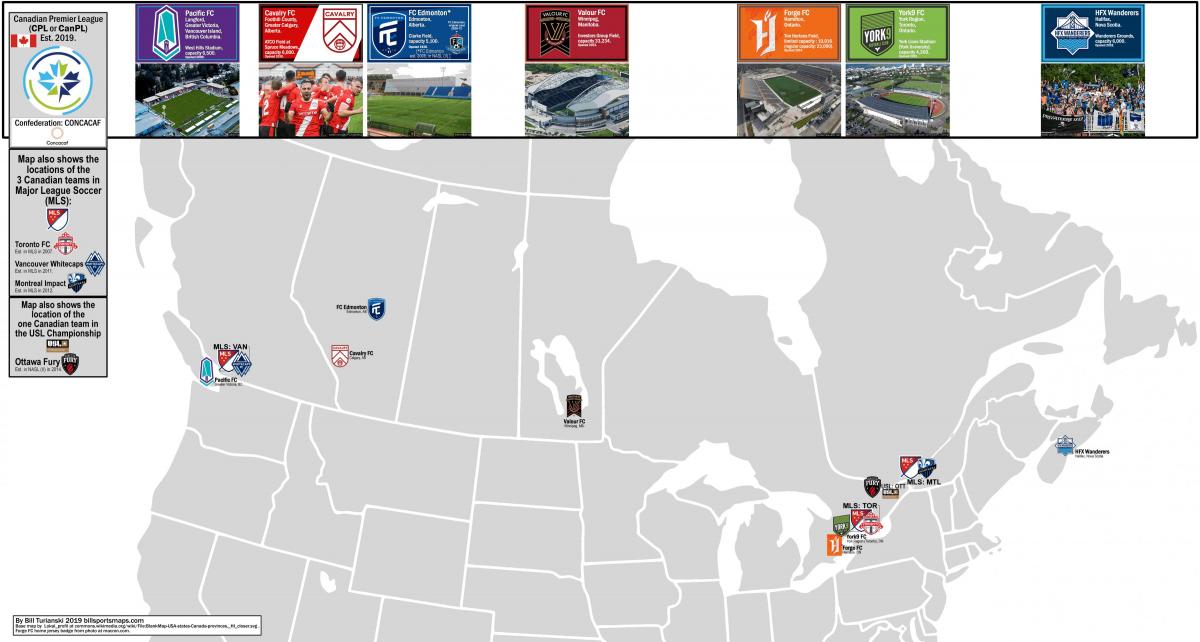 Commonwealth Stadium is an open-air all seated multipurpose stadium as its mentioned in Canada stadiums map. It is also known as the Brick Field at Commonwealth Stadium when hosting the Eskimo events. The stadium is located in McCauley, Alberta. While the Olympic Stadium is a multi-event stadium located at the Olympic Park in Montreal. It was constructed in 1976 as the main event venue for the Summer Olympics of 1976. BC Place is one of the largest multipurpose stadiums in Canada. It is located in Vancouver, British Columbia and is under the management of the BC Pavilion Corporation.

Rogers Centre stadium is located in downtown Toronto in Ontario near the shores of Lake Ontario as you can see in Canada stadiums map. The stadium was opened in 1989 and is currently home to the Toronto Blue Jay. BMO Field is a Canadian soccer stadium located in Exhibition Place in the city of Toronto.

Most of the country Canadian football stadiums with permanent seating capacities over 3000 are shown in Canada stadiums map. Note that not all stadiums are exclusively used for Canadian Football. Commonwealth Stadium (Edmonton) is the one of the big stadiums in Canada, it can accommodate 56,000 fans, making it the largest in Canada, but is oversized for the CFL.