You can find on this page the Canada wine map to print and to download in PDF. The Canada wine regions map presents the vineyards and wine growing areas of Canada in Americas.
Canada wine is far from the most obvious of wine-producing nations, and yet its vineyards are capable of producing both quality and quantity as its shown in Canada wine map. 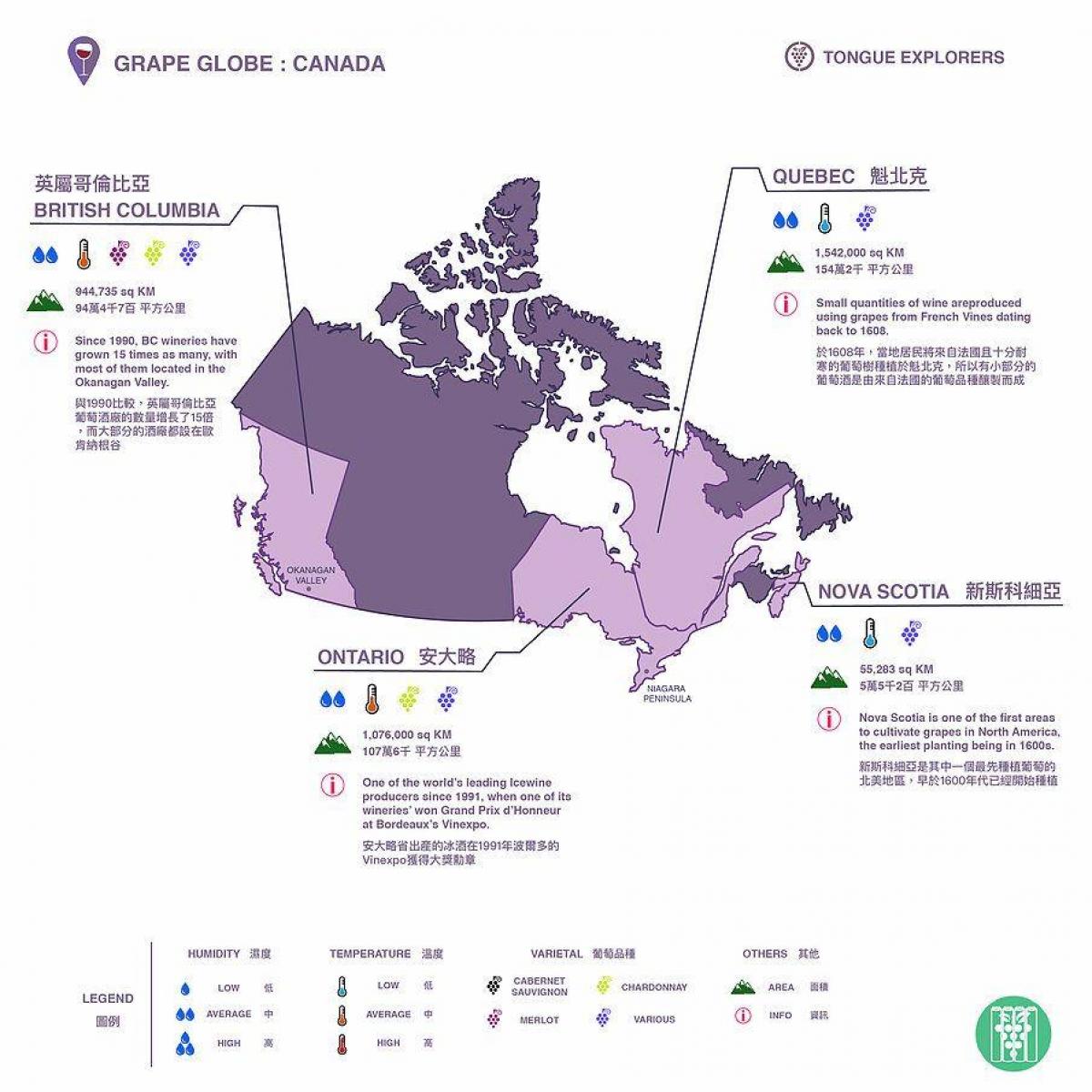 The Canada wine map shows all wine growing areas of Canada. This wine regions map of Canada will allow you to easily localize all appellations and main grape varieties in Canada in Americas. The Canada vineyards map is downloadable in PDF, printable and free.

The Canadian wine industry exists primarily in four provinces as its mentioned in Canada wine map: Ontario and British Columbia, which are responsible for 98 percent of quality wine production, and Quebec and Nova Scotia, which are emerging winegrowing regions and have a small but loyal local following. Despite Canada huge geographical size, its annual wine production is just 2 percent of that of the United States.

Canada winemaking history may date back more than one thousand years. The most significant year in the development of the Canadian wine industry was 1988 as its shown in Canada wine map. The Canada–United States Free Trade Agreement offered opportunities to Canadian winegrowers and marked an ideological shift in the industry.