You can find on this page the Canada trains map to print and to download in PDF. The Canada railways map presents the rail network and shows high speed rails routes of Canada in Americas.
There are six urban rapid transit systems operating in Canada as its shown in Canada train map: The Toronto Subway, the Montreal Metro, the Vancouver SkyTrain, the Calgary C-Train, the Edmonton Light Rail Transit and the O-Train in Ottawa. 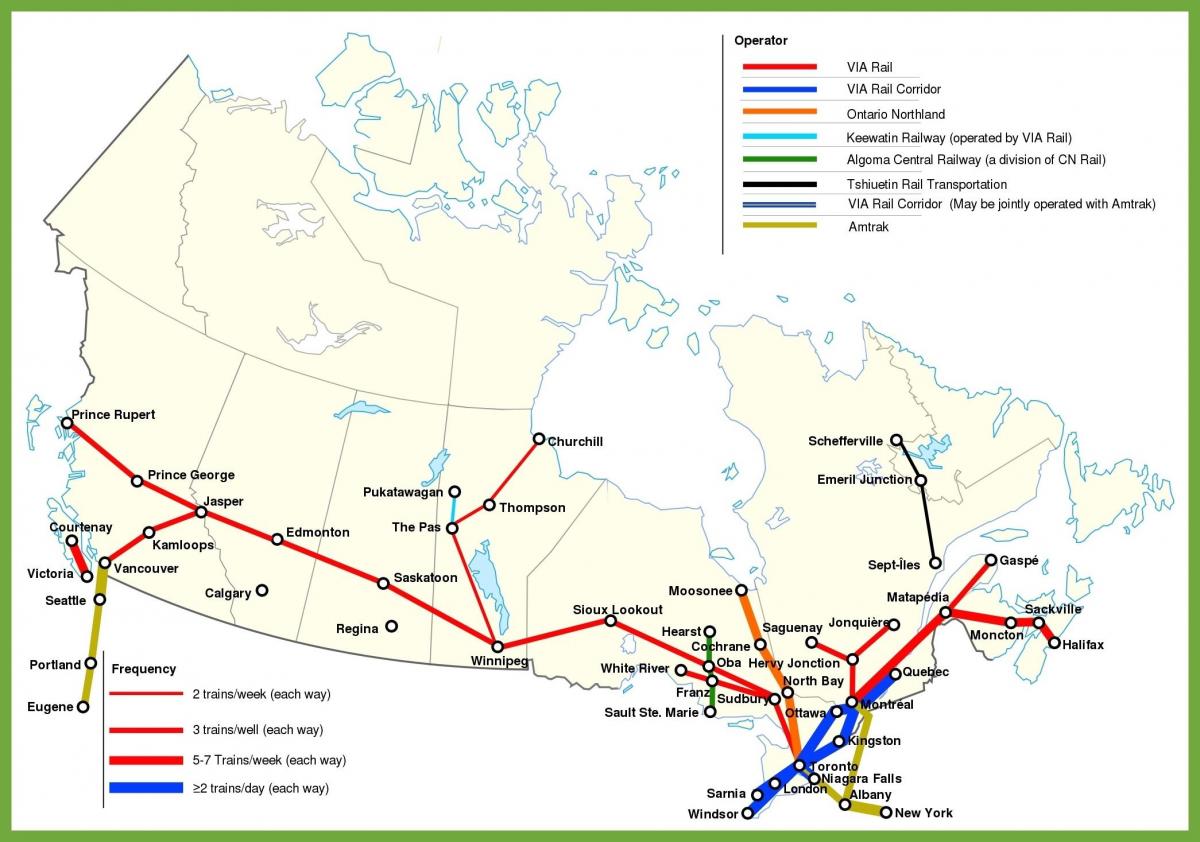 Canada has a large and well-developed railway system that today transports primarily freight. There are two major privately owned transcontinental freight railway systems, the Canadian National and Canadian Pacific Railway. Nation-wide passenger services are provided by the federal crown corporation Via Rail as its mentioned in Canada rail map.

Canada has 49,422 kilometres (30,709 mi) total trackage, of which only 129 kilometres (80 mi) is electrified. Canada uses 1,435 mm (4 ft 8 1⁄2 in) (standard gauge) track for the majority of its railway system as its shown in Canada rail map. The exceptions to this are small lines isolated from the main North American rail network used in resource industries such as mining or forestry, some of which are narrow gauge, and the broad-gauge streetcar and subway lines of Toronto.